A complete guide to RNG games

Random number generators, or RNGs, allows for a lottery element of sorts to a lot of games. The mechanic itself essentially assigns a random number of tries at an action in order to gain the “prize” or result wanted from the game. Take a look at our guide to see where the benefits of adding RNG games to your online casinos are.

There are a lot of ways you can implement RNG games, which differ due to the format or gaming industry sector. In the console world, for example, they’re mainly used to keep loot boxes fair. Loot boxes have been known to be controversial since initially they were seen as a form of gambling in games that could be deemed appropriate for kids, but with RNG games, a player can defeat a boss once, or several times in order to get the rare prize they’re looking for without having to spend any in-universe or real-world money.

Other console RNG games add a random element to the combat, adding random strengths of effects to your attack, so you might knock a boss out in one swing, or 20. You might get swarmed with enemies, or be lucky enough for the RNG games to send you one or two at a time.

As mentioned, loot boxes have had a tangential relationship with gambling, with some considering it gambling within console and PC games. But this point demonstrates a lesson for casino operators and casino game developers: RNG games keep gambling interesting. Fortnite has been known to use RNG to keep prizes interesting. When you’re battling it out to reach the loot at the centre of the map, you might gain a high-value prize for it, or a low-value prize and need to try again to gain something better. This is because every weapon or item has a different percentage chance of appearing in the loot box in the area.

RNG to allow for luck

Similarly, RNG games’ random element is used by Counter-Strike: Global Offensive to give the first-person shooter, typically a genre of game that requires skill, an element of luck to it. Depending on whether you are a fan of skill or luck you’ll hate or love this decision, but CS: GO is known to use RNG in various elements of its gameplay to offer an element of chance that isn’t typically there in first-person shooters. Specifically, CS: GO uses RNG on its bullets, allowing the random element to determine if the bullet hits its target or not.

Grinding, in PC and console games, has the real-life equivalent of practice: you do something over and over again and eventually, you get better. You might gain a skill or a level up, which you can then take into the world and use to defeat an enemy, win a mission, swap with a merchant, etc. and gain a prize. Where the RNG games come into it is the effect on the experience (or XP) gained in order to get better. Every action can be given a random amount of XP, like in Pokémon, which might mean it takes defeating one small easy enemy to level up your Pokémon, or hundreds.

But what about the casino? Where can RNG games really thrive in the casino? Well, by taking elements as demonstrated here in console games, and applying them to slot machines and table games in online casinos.

The gambling element that loot boxes are known for is already front and centre when it comes to slot machines, but RNG games are a good way to ensure they stay fair. There is always going to be a suspicion among new players that because the slot machine is inside a computer, it’s rigged. RNG games can be used to ensure players that they are getting a fair shot. The slot machine will offer random icons, random paylines, and random wins.

This, like its use in Fortnite, can be used to keep players on their toes. If you want to entice players to keep playing, you need to give them highs and lows. RNG games can offer such a feeling, that maybe they haven’t won much lately, but a change is coming.

At the same time, the RNG games allow for the guarantee of luck for your players. They might get their win on the next spin, they might not. It’s what makes sure that the game is fair to the player and truly a game of chance.

And the idea of grinding keeps the player at your game. With randomly assigned upgrades, they can keep spinning until they get the prize they want.

It’s worth remembering that slot machines aren’t the only casino games that can benefit from an RNG element. If you are interested in implementing any live dealer casino games in your online casino, there are lots of ways you can integrate RNG elements with our solutions. 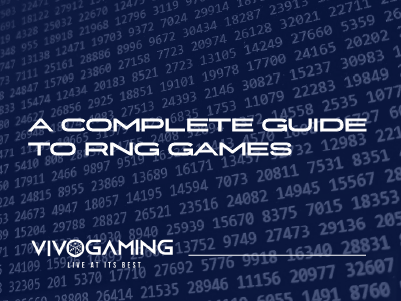