Why Multiple Live Roulette Variations Will Enhance your Online Casino

Roulette is the quintessential casino game. It has been around for centuries and remains one of the most popular options for gamblers all across the world. Some experts estimate that roulette is as much as 400 years old and, and for a game that has been around for so long, it’s only natural that it has undergone some modifications and alterations over the years.

While the core principles of the game remain the same, certain aspects have been tweaked to improve the playing experience, giving rise to several different variations of the classic casino title.

Today, many casinos will provide one or maybe two versions of live roulette. However, there can be a real benefit to offering players multiple versions to choose from. Let’s take a look at the different variations of roulette and discuss how offering players a choice can enhance your online casino.

European roulette is the oldest form of the game, first created at some point in the 18th century. A European roulette wheel has 37 numbers, comprised of numbers one to 36 as well as the zero. These numbers are divided equally between the red and black colours and appear to be arranged randomly around the wheel. However, there is a system to the arrangement. They wheel is designed to ensure a consistent distribution of high, low, odd, and even numbers all around the wheel.

In European roulette, players come up against a house edge of 2.7%. This is one of the reasons why roulette has proved so popular for so long, players can enjoy regular wins which encourage them to return to the table.

Roulette was invented in France, with the name itself coming from the French word for ‘little wheel’. However, the French version of the game has a few differences when compared the traditional European game.

French roulette has a feature called En Prison. This means that when the ball lands on the zero, bets on even the money wagers 1-18, 19-36, black, red, odd, and even, will remain in place on the board instead of being taken by the house.

Sometimes, French roulette games can offer players a feature called La Partage instead of En Prison. In La Partage, half the stake of wagers placed on even money bets will be returned to the player should the ball land on the zero.

Roulette was brought to the US in the late 1800s. It didn’t take long for American casino owners to make changes to the game before introducing it to their players. By simply adding an extra zero to the wheel, American roulette’s house edge was upped to 5.26%, considerably more than the house edge of European roulette.

The wheel layout in American roulette is different too. The two zeros, marked as 0 and 00, are at opposite sides of the wheel, while the remaining numbers make up the space between them. These numbers alternate between red and black and, much like European roulette, are arranged around the wheel with even distribution in mind.

Auto roulette is relatively easy to understand, with the variation coming to prominence as digital technology improved.

In traditional live roulette, a croupier spins the balls, collects the bets, and pays out the winnings. However, in auto roulette all of these processes are carried out electronically and automatically. This can work to create a fast paced, efficient game with little or no talking amongst players. Auto roulette is perfect for players who want to focus purely on the game and aren’t interested in taking part in the hustle and bustle of the casino atmosphere.

What Versions to Offer at your Online Casino?

Players can be particular about what games they play, often sticking to one or two specific types and rarely, if ever, deviating from these. By offering a range of different roulette variations at your online casino, you will ensure that you are attracting a broad range of players, no matter their tastes or personal preferences.

They Will Appreciate the Choice

Players enjoy having options. If they are having a bad run on a particular game, they might take a break and try their luck at another. The more options you have available to your players, the more likely they are to stay on your platform rather than leaving for a competitor.

The variations of roulette might look almost identical on the surface, but there are subtle differences between them that can significantly alter the player experience. While some players might enjoy the challenge of American roulette, some might prefer the more generous house edge and extra features of European and French roulette. Whatever the preferences of your players, it’s vital you give them a choice of games to truly enhance your online casino. 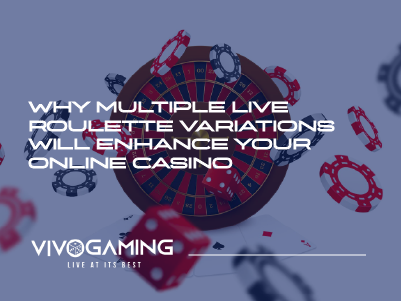